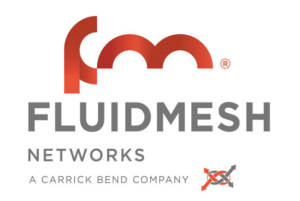 Fluidmesh was founded in 2005 by a team of researchers and visionaries from the Massachusetts Institute of Technology (MIT) and the Politecnico of Milan. Our goal was to reliably deliver fiber-like performance via unlicensed wireless spectrum – providing connectivity for mission critical video, voice, and data.

Over our first ten years, we saw Fluidmesh become the choice of customers who wanted to bring network connectivity without the inconvenience, time or expense of running wire. Recently, we’ve raised the bar – providing uncompromised performance to places wire simply cannot go.

Naturally at Fluidmesh, we think a lot about connecting things to each other and ultimately to the Internet. While there are a lot of technologies that can connect simple things, say a phone, what about the world’s more complicated things? As the world’s Internet of Things develops, Fluidmesh will play a critical role by bringing broadband connectivity to sites and in environments that are today too hard or large to connect, such as high-speed moving vehicles and trains, large-scale industrial sites, distributed infrastructures and complex urban environment.

Fluidmesh wireless products are the enablers of outdoor and large-scale applications of the Internet of Things: smart cities, urban video-surveillance, connected vehicles and trains, and industrial automation. Connecting things – it’s what we’re about!

Please Fill Out The Form